The ShipArrestor is a unique system for gaining control of a drifting vessel and is brought to the casualty with the speed of a helicopter. It consists primarily of a Lasso, a Towline and a large para sea anchor.  The Lasso is deployed over the windlass of the casualty by the helicopter to establish the connection. The para sea anchor is then dropped into the water, turning the bow up against the wind and significantly reducing roll motion and drift speed. The Towline connects the para sea anchor to the Lasso and to the casualty.

The ShipArrestor also provides an established towline for the first arriving tug. The pick-up system allows the tug crew to retrieve the ShipArrestor directly from the water and use it to tow the casualty to safety.

Independent of crew aboard the casualty, the ShipArrestor can be used even if the ship is abandoned. Once the connection is made, the system is fully autonomous.

The ShipArrestor concept has been developed by a consortium of European companies led by Miko Marine and funded by the European Union. It is manufactured by Coppins Sea Anchors Ltd, which is a world-leading producer and developer of sea anchor systems.

Miko Marine is now a proud supplier of two ShipArrestor units to the Norwegian Coastal Administration. 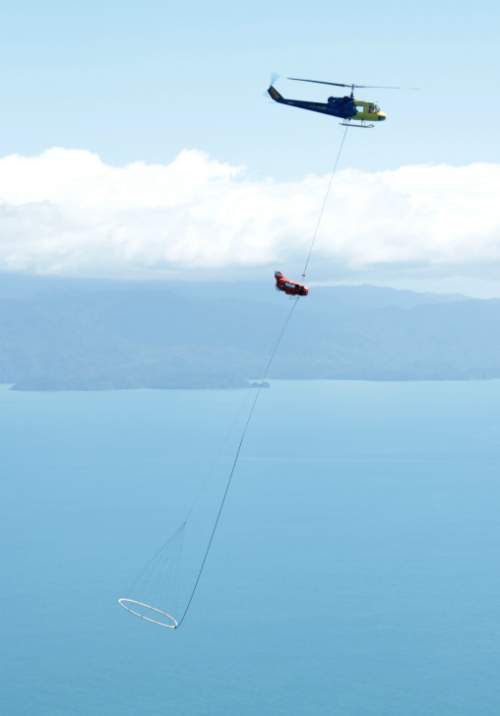